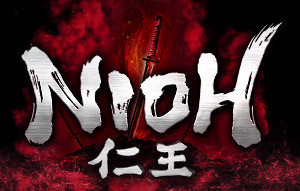 Nioh (Japanese: 仁王) is a historical fantasy action role-playing video game developed by Team Ninja and published by Koei Tecmo for the PlayStation 4. The game was released on February 7th, 2017.

Originally announced by Koei in 2004 (before the merger with Tecmo), the game was to be based on an unfinished script by filmmaker Akira Kurosawa titled Oni. The game was to be released with a companion film, also titled Oni, that would have seen the directorial debut of Hisao Kurosawa, Akira Kurosawa's son. Hisao Kurosawa was completing his father's script with assistance from game producer Kou Shibusawa of Koei, with a combined production budget of ¥ 3 billion for both film and game. The game originally centered around the eponymous protagonist, Oni, the son of a Japanese lord and a Western woman, and was set in Japan during the 16th century.

The game missed the initial 2006 release window without comment from Koei. It wasn't until 2009 that Koei confirmed that the game was still in development, apologizing for the lack of updates. In 2010 Koei (now Koei Tecmo) announced that Tecmo's Team Ninja would be finishing development of the game, which had been suspended by Koei.

In 2012, Koei Tecmo's President and CEO, Kou Shibusawa, announced that the game had completed its alpha development cycle. In August 2014, Koei Tecmo filed a new U.S. trademark for the game.

The game was officially re-revealed, now slightly re-titled as Nioh, for the PlayStation 4 at the Tokyo Game Show on September 15, 2015. A public alpha demo for the game began on April 26, 2016, and ended on May 5, 2016. Players who successfully cleared the first stage in the alpha demo were given access to The Mark of the Conqueror downloadable content, which became accessible when the full game was officially released. A second beta demo was announced in a trailer shown at E3 2016, slated for August 2016. Nioh was finally fully released in early 2017.

The game follows the exploits of William, a blond-haired English samurai during the Warring States period in Japan in 1600. Fictionalized versions of real-life historical figures also appear in the game, such as Hattori Hanzō, Tachibana Muneshige, and Tachibana Ginchiyo.

Nioh received "generally favorable reviews", according to review aggregator Metacritic, scoring 84/100 (PC),[1] and 88/100 (PS4).[2] Most critics praised the setting, use of Japanese folklore, and aesthetics as high points,[3] while Slant community agreed that the game offers rewarding exploration and fast-paced, intense combat.[4]

Retrieved from "https://nioh.fandom.com/wiki/Nioh?oldid=12789"
Community content is available under CC-BY-SA unless otherwise noted.